The house located at 38 Euclid Avenue was constructed in 1896-7 by Mary Gorman, a widow with six children. It is a modest, wood- framed and –clad house based on a side hall plan with a pitched roof and a front-facing gable end. The property remained in the ownership of Gorman’s descendents until 1971, serving as the childhood home of hockey player and entrepreneur, Tommy Gorman, from 1896 to c. 1908.1

Lot 6 on the south side of Euclid Avenue in Old Ottawa South was first subdivided by brothers George and James McLean in 1895.2 Unlike most of Old Ottawa South, which was subdivided in large swaths by major capitalists, the McLeans were responsible only for a small area covering Euclid Avenue between Bank Street and Barton Avenue.3 The McLean lots began to be developed as early as 1896 when houses were built on four lots, two on each side of the street.4

Mary Gorman developed one of the first lots. Her husband had been a newspaper editor before his death in 1893.5 After her husband died, Mary moved from Albert Street in Ottawa to Sunnyside Avenue where she purchased lot 6 on Euclid in 1896 from the McLeans.6

By 1897, city directories indicate that Mary and six children were living in a house on Euclid Avenue.7 It is not certain how the family supported itself. The 1901 census of Ontario indicates that Mary worked “on her own account” but does indicate in what capacity. The 1901 census shows, however, that her eldest son Louis, who was 20 years old at the time, was employed as a civil servant (stenographer).8 He continued to live with his mother until he was in his 30s, possibly out of concern for the family’s wellbeing.9 Mary was obliged to re-mortgage the property several times after the initial loan was repaid.10 Nevertheless, the house remained in the Gorman family until 1971, though Louise Marie, a daughter of Mary and Thomas, rented it out throughout much of the 1960s, culminating in its sale to long-time tenants after her death in 1971.1112

The boundaries of the current lot at 38 Euclid Avenue appear to correspond entirely to the boundaries of Lot 6 outlined in Plan 158 from the Ottawa-Carleton Land Registry Office.13 The lot is rectangular in shape and very flat. It is 60 feet wide and 83feet deep. The house sits near the west end of the lot, providing a substantial side yard to the east. Mature trees are located in the side yard.

38 Euclid is by far the simplest home on its street architecturally. It is a two and a half story home with a typical side hall plan and front gable facing the street.14 The structure’s exterior form has not changed radically since at least 1912, if not from the time it was first built.15

The style is largely neoclassical.16 The front (facing the street) is highly symmetrical, the roof is medium-pitched, the mouldings are heavy and simple, the window mouldings (window surrounds?) seem to contain pilasters with a Greek geometric pattern at the top (see figure 2). Similarly the detailing along the roof is quite bold with a quasi-Greek pattern (very unlike the gingerbread trim of many late nineteenth century structures) with what seems to be a small pediment near the peak of the roof. (See figure 3) Originally the porch may have also contributed to the classical features of this building. The structure is a wood frame house with clapboard siding and stone foundation. The builder would have likely used mass-produced trim without using a classical vocabulary intentionally. The windows are double hung, and many seem to be original.

The building was intended to function as a low-cost family home. It has a clear boxlike rectangular form that would have maximized size for cost. Considering that Mary Gorman’s mortgage was only eight-hundred dollars in 1896 suggests that it was an inexpensive home in its time focused on utility rather than form.17 Like the Hunt House, the home is quite typical of a working class home in the late nineteenth century.18

Although there are several homes in Old Ottawa South which resemble 38 Euclid architecturally, they make up only a small portion of the homes in the neighbourhood, and are restricted to its earliest developed areas.19 38 Euclid is a very good example of an early working class home in Old Ottawa South, and captures well the character of the neighbourhood circa 1900, a neighbourhood which was to a large extent rural. The early city directories (prior to 1900) show quite clearly that the neighbourhood was mainly working class or lower middle class, with virtually no residents from the social elite.20 Among the residents, out of 65 listed jobs, 35 were blue collar (such as labourers, builders, janitors, bricklayers etc.) 20 jobs were minor white collar jobs such as accountants, clerks, teachers, etc. Among the “elite” of the community were a dentist, a shipper, and a grocer. In addition to those listed as “employed” in the city directories, there were also five widows who seemingly provided for themselves without any other form of income such as dressmaking, or weaving (i.e. there were two dressmakers listed).

As Old Ottawa South continues to develop economically in the near future, it may become increasingly difficult to preserve elements of its past as a working class suburb. Therefore, it would be helpful to preserve this house as an example of a relatively unchanged late nineteenth century working class home, and to emphasize its commissioning and ownership by an Irish Catholic widow as representative of a common story in the neighbourhood in that era (possibly connecting it to larger themes of perseverance, women’s roles in the 19th century neighbourhood, difficulties for working class families etc.). It may be helpful in future to put further emphasis into researching Old Ottawa South widows, i.e. how they were surviving economically, what role they played in the community etc. From my preliminary research it seems as though many of the earliest individuals to develop the neighbourhood were widows building small single family homes.21

38 Euclid was the childhood home of Tommy Gorman (the second son of Thomas and Mary Gorman). He lived there from the age of ten until sometime between 1901 and 1911.22 Gorman was a major player in Canadian sports culture, being a member of an Olympic gold medal winning lacrosse team in 1908, one of the founders of the NHL, and later co-owner of the Ottawa Senators. As a result, this house may have a high level of interest within the neighbourhood.23 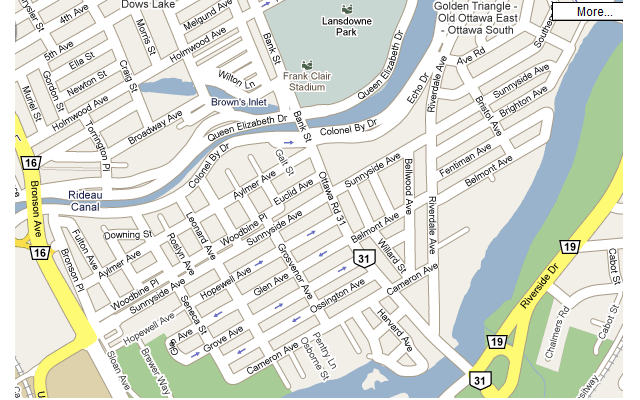 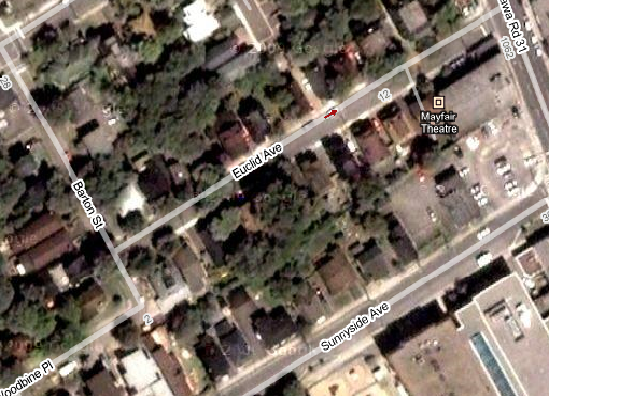 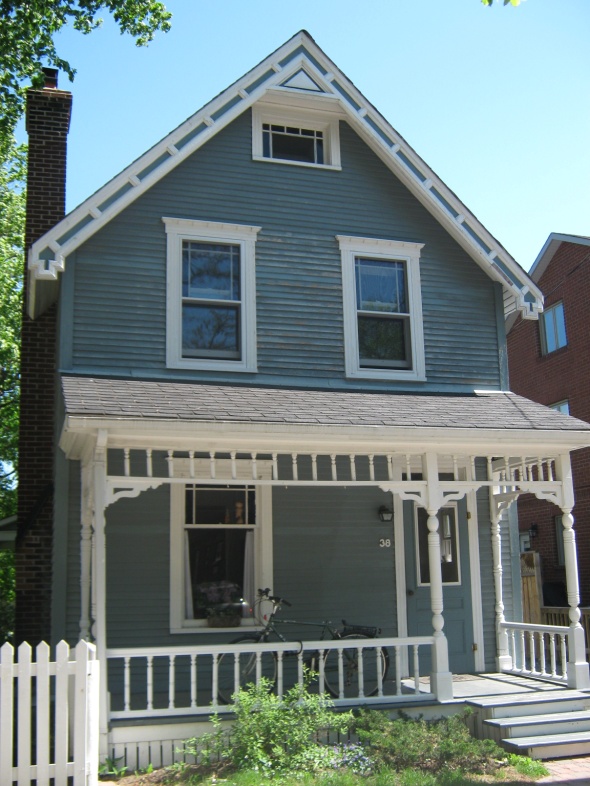 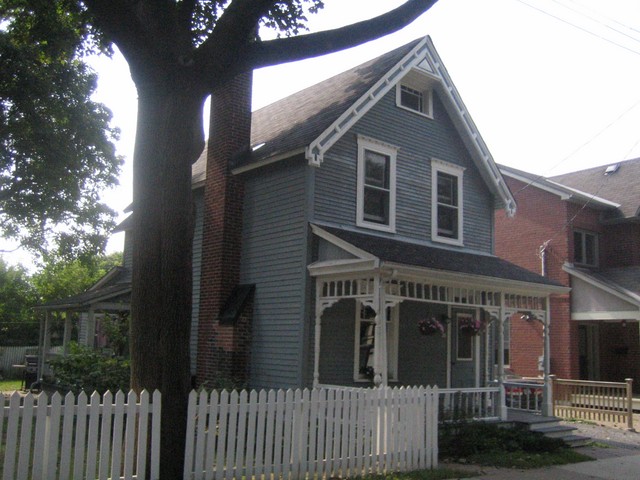 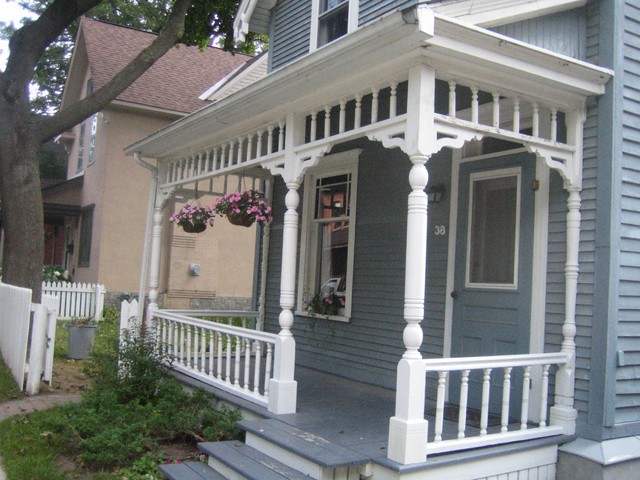 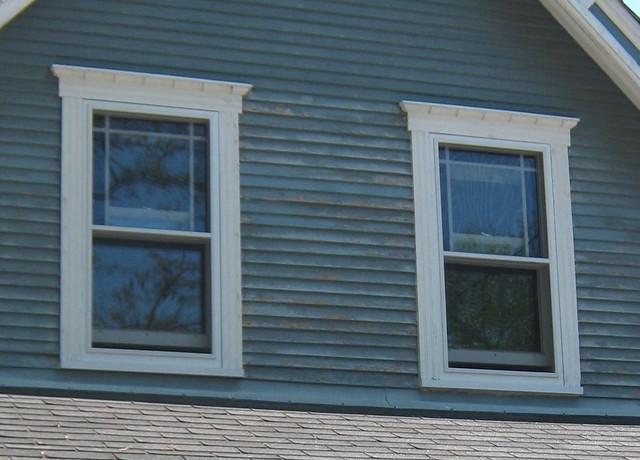 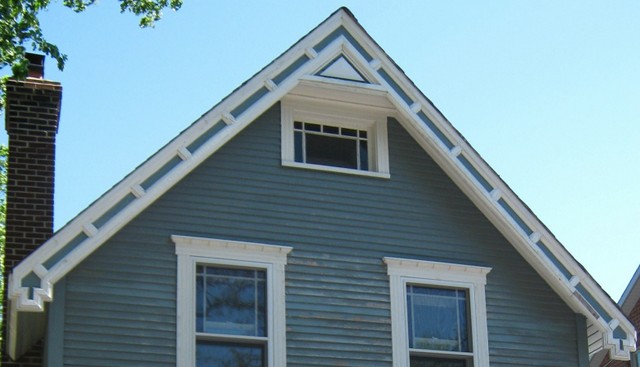 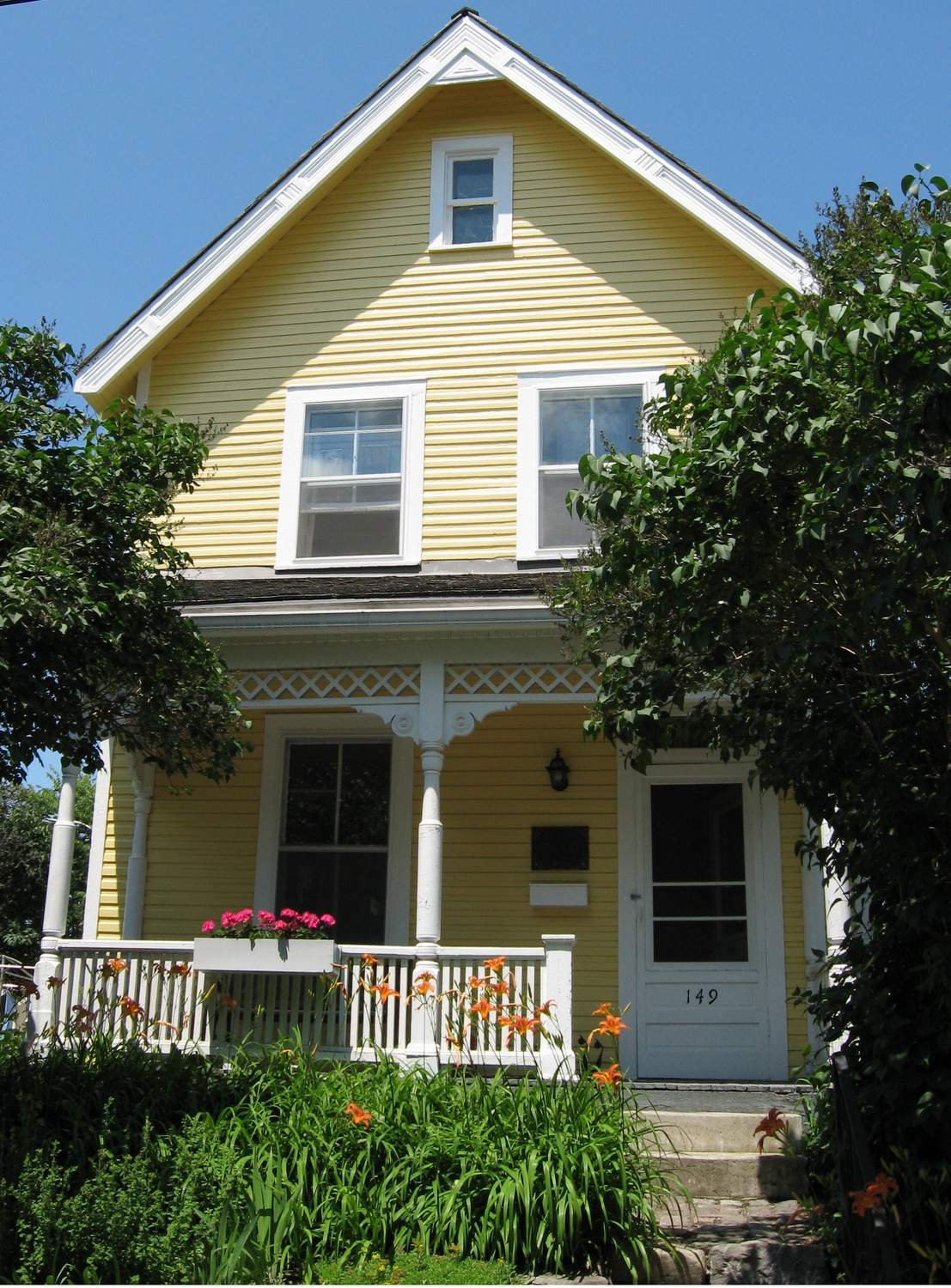 1 Although it is uncertain when Tommy Gorman left home, the 1911 census indicates that he was no longer living at 38 Euclid in 1911. I suspect that he left home while competing with the Olympic lacrosse team in 1908. In the 1912 City Directories he is listed as living on Centre Street in Ottawa. See The City of Ottawa Directory 1912. Ottawa: Might Directories Ltd., (1912). pp. 59.

5 Thomas Patrick Gorman’s profession is outlined in the 1891 census. Ottawa City, District No. 103, Wellington Ward, household No. 4. RG31 Statistics Canada. I make the assumption that he died during the years 1893-4 since he is listed in the 1893 city directory, yet he is replaced by Mary (Widow Thomas) in the 1895 directory. The Ottawa City Directory 1895-1896, Vol. XXII. Ottawa: The Might Directory Company of Toronto, pp. 497. He is likely buried at Notre-Dame cemetery (since his wife and children were buried there later). Perhaps his date of death could be validated through their records.

9 Louis Gorman is listed in the 1911 census as living at 38 Euclid, his mother being the head of the family. Census Returns for the 19121 Canada Census. Library and Archives Canada, District No. 61 (Carleton) Subdistrict No. 40 (Ottawa South) pp. 10,

12 There are no lodgers listed in the city directories or in the censuses. Seemingly the Gormans did not rent sections of their house. I confirmed this through a search of The City of Ottawa Directories 1895-1940, and Census Returns for the 1901 and 1911 Censuses of Canada.

14 For a discussion of this typical form of Architecture, see Harold Kalman who suggests that this style of house is the most prevalent style of home to be built in Canada before the first world war. He discusses ironically that the house is “so common that it does not have a name in general usage.” He notes, however, that sometimes the term “Queen Anne” or “gable-front” are used. Harold Kalman, A History of Canadian Architecture Vol. 2. Toronto: Oxford University Press, 1994. pp. 616.

15 Fire insurance plans for the city of Ottawa from 1912 indicate that the overall shape of the home has remained the same Charles E. Goad Co. Fire Insurance Plan of the City of Ottawa. Vol. II, 1902 (revised 1912). Montreal: Chas. E Goad Co. (1912). pp. 156. (Available at Library and Archives Canada, and City of Ottawa Archives.)

19 For example, there are several homes on Belmont Avenue that are similar architecturally, except that they are brick veneer rather than clapboard. Several others, such as the Hunt House at 149 Hopewell Avenue may have been built by the same builders or may have come from the same pattern as it is virtually identical to 38 Euclid. See figure 1. The earliest developments in the neighbourhood centred around several key areas, such as Bank Street, Aylmer, Sunnyside, and around Billings Bridge. This trend is visible in the city directories for the city of Ottawa from the last decade of the nineteenth century. See “Rideauville” in The Ottawa City Directory for the years, 1895-1901. For example, The Ottawa City Directory 1901. Ottawa: Might Directories Ltd. (1901). pp. 577.

20 The merchant George Hay being a notable exception. For the purposes of this study I have examined the police village “Rideauville” as a representative of the area. It may be that other subdivisions may have had different class composition, but I suspect not. Ibid.

21 Interestingly the home at 175 Belmont Avenue also seems to have been commissioned jointly by a widow and her daughter. Ontario Land Registry Office, Ottawa-Carleton, Lot 17, Plan 116, Roll 4AR49.


More in this category: « Jarman House - 834 Colonel By Dr Belmont Avenue South Side »


Email: This email address is being protected from spambots. You need JavaScript enabled to view it.